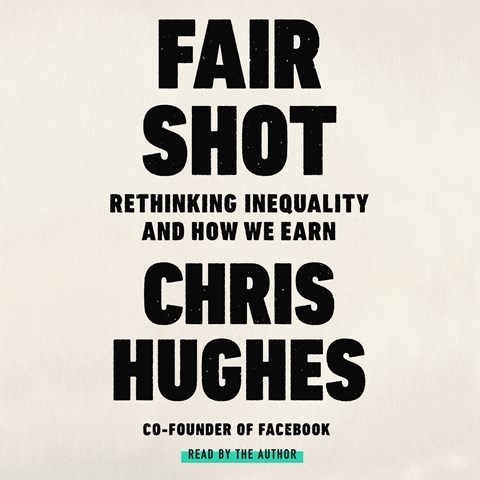 FAIR SHOT Rethinking Inequality and How We Earn

Tackling economic inequality means confronting cultural attitudes around work and dignity. What is it that individuals, specifically Americans, deserve? What is fair? Speaking earnestly and with passion, Facebook cofounder Chris Hughes counters the familiar American bootstrap mythology and argues for a guaranteed income, a national policy change that could supply these proverbial, but sorely missing, bootstraps to millions of Americans. With a light, determined voice, Hughes reflects on his own path to wealth, acknowledging and questioning the outsized role that luck and circumstance played. Hughes makes a compelling argument that a guaranteed income for individuals working or contributing to society as either a student or caregiver would be a powerful tool to reduce inequality and promote both security and innovation. A.S. © AudioFile 2018, Portland, Maine [Published: JUNE 2018]