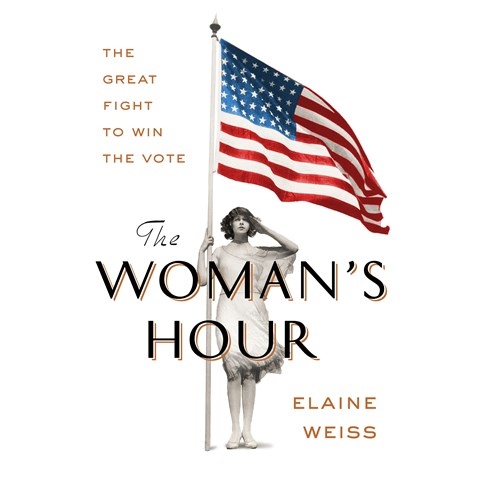 THE WOMAN'S HOUR The Great Fight to Win the Vote

In her introduction, author Elaine Weiss frames a pivotal moment in the tumultuous saga of American women's suffrage in the early twentieth century. In 1920, Tennessee sits poised to become the majority state needed for federal ratification of the 19th amendment. Narrator Tavia Gilbert's portrayals of opposition activists, politicians, and proponents of universal voting rights swell with the weight of their moral convictions. Her subtle Tennessee drawl and East Coast accents distinguish local players from national activists and special interest groups. Despite her sympathetic tone for the suffragists, Weiss doesn't hesitate to discuss the complex dynamics and pervasive racism among groups for and against the amendment. While listeners know the end result, they'll be swept up by Gilbert's impassioned performance nonetheless. J.R.T. © AudioFile 2018, Portland, Maine [Published: APRIL 2018]