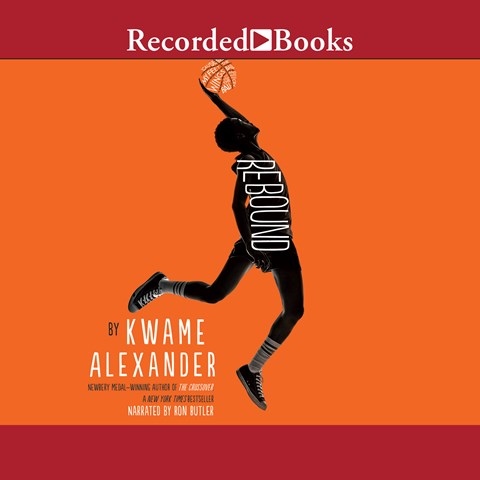 Young Charlie has just lost his father, and narrator Ron Butler clearly conveys his anger and vulnerability. Fans of Kwame Alexander's THE CROSSOVER will quickly recognize Charlie as a teen version of Chuck "Da Man" Bell of the earlier book. It's fun to note signs of the teasing, loving father Charlie becomes, but Butler mainly focuses on depicting Charlie's emotional growth in this story. His resentment at having to spend time with his father's family, for example, eventually changes to appreciation. Butler also gives meaningful portrayals of the minor characters who influence Charlie. His paternal grandfather, for example, offers many words of wisdom. While they may come across as heavy-handed in the text, Butler lightens them. Overall, Butler's effective pauses respect the author's poetic form. The last bit of the book shifts into a surprise ending that will delight fans of the earlier novel. S.W. © AudioFile 2018, Portland, Maine [Published: APRIL 2018]