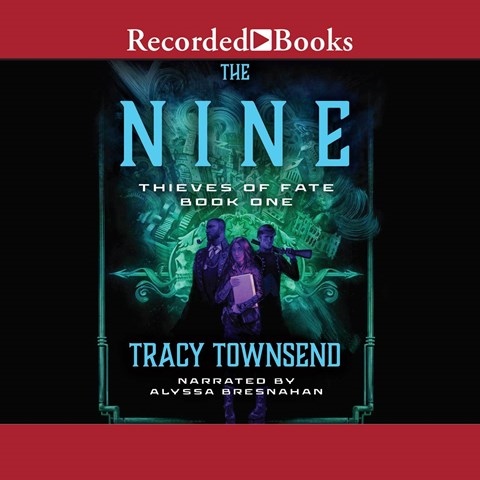 THE NINE Thieves of Fate, Book 1

Alyssa Bresnahan narrates a complex steampunk-tinged fantasy. The city of Corma is hosting the Decadal Conference, which several inhabitants try to take advantage of to improve their lives. While the plot is byzantine and occasionally outright confusing, Bresnahan forges a path through the chaos with her straightforward narration, creating a reliable foundation. Each of the many characters is convincingly voiced by Bresnahan, but those that make up the core of the story are the ones that shine: Rowena Downshire is a street-smart urchin; Phillip Chalmers is an academic who lacks practical skills; the Alchemist has a dark past; and Anselm Meteron is a (semi) retired mercenary. Patient listeners will be rewarded with an intricate story narrated with flair. K.M.P. © AudioFile 2018, Portland, Maine [Published: NOVEMBER 2018]