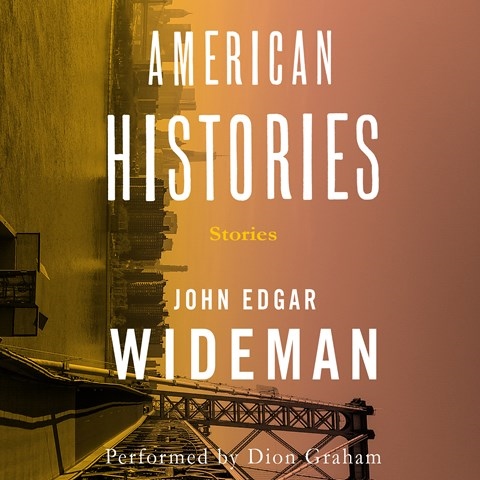 Narrator Dion Graham so closely ties his pacing and tone to MacArthur fellow John Edgar Wideman's ideas and variety of narrative structures in these essays and stories that he seems to become the writer speaking directly to the listener. The collection itself reaches broadly from the autobiographical and personal to the scholarly and to riffs on language itself, giving Graham an enormous range of opportunities to create character voices for men, women, youth, and the elderly; pronounce rhythmic passages with a full measure of energizing beats; and employ phrasing that echoes Wideman's delight in the power of word repetition, alliteration, and occasional onomatopoeia. Topics include reflections on grading an undergraduate's story; identifying as the son, brother, and father of convicted black men; suicidal ideation; and a nineteenth-century abolitionist. F.M.R.G. Winner of AudioFile Earphones Award © AudioFile 2018, Portland, Maine [Published: JUNE 2018]