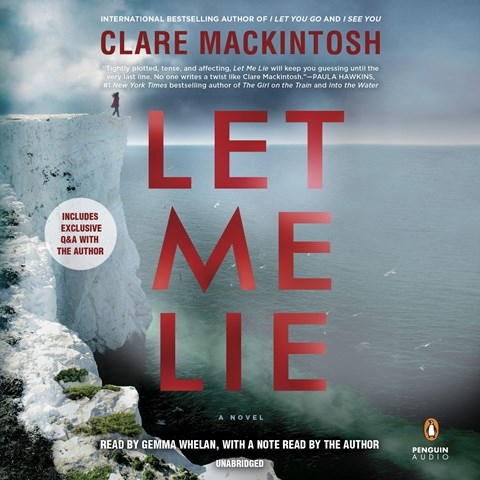 Deception is the theme of this thriller, narrated in soft, gentle tones by Gemma Whelan. She draws listeners into a haunting story about Anna, who is frozen in her grief after the suicides of her parents. Then, she receives two shocking messages: "Suicide, think again." and "Don't involve the police." She begins asking questions, and questions are also asked by Murray Mackenzie, formerly CID, as he investigates the couple's deaths. Using subtle shifts in tone and pacing, Whelan shifts between characters and narrative. Brief pauses separate the chapters, which shift in point of view, moving between Anna, her parents, and Mackenzie. Whelan's steady reading follows the convoluted story, which is interspersed with backstories and flashbacks that are sometimes disorienting and most definitely filled with hurtful lies. M.B.K. © AudioFile 2018, Portland, Maine [Published: MAY 2018]