Home»Reviews»TO THE EDGES OF THE EARTH 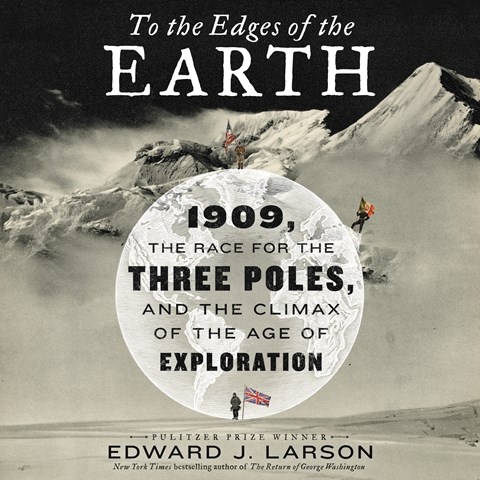 TO THE EDGES OF THE EARTH 1909, the Race for the Three Poles, and the Climax of the Age of Exploration

Narrator Paul Michael Garcia adeptly evokes the hardships and unrelenting cold experienced by those exploring the ends of the earth. In 1909, three expeditions set out to conquer the North and South Poles, as well as the so-called "pole of altitude." Ernest Shackleton falls short in the south, but his team claims the magnetic pole and a new "furthest south" record. Robert Peary claims the North Pole, although doubts still surround that claim. Less well known is the unsuccessful climb of K2 by Italy's Prince Luigi Amedeo that, nevertheless, resulted in a long-standing altitude record. The stories are enormously detailed, but Garcia keeps the energy up as Larson highlights bravery, achievements, and mistakes. An amusing light touch is adopted for the tabloid storm that detailed Amedeo's romance with an American heiress. A.B. © AudioFile 2018, Portland, Maine [Published: JUNE 2018]