Home»Reviews»I USUALLY COSPLAY AS MYSELF 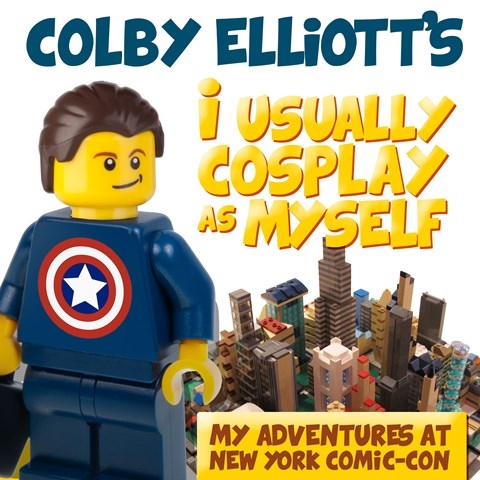 Narrator and publisher Colby Elliott cheerily narrates this installment of his nerdy travelogues. This time he leaves his Massachusetts home and travels to New York Comic-Con. In delivering his own and other comic's work, he demonstrates some of his character voices and adds insight about the art of narration. It's fun to vicariously attend Comic-Con by hearing his enthusiasm when meeting some of his heroes. He also recounts personal details with self-deprecating humor; for example, he's "direction challenged"--meaning he easily gets lost. He endears himself to audiobook fans by sharing the titles of the audiobooks he's listening to with his daughters on their drive to school. S.G.B. © AudioFile 2018, Portland, Maine [Published: APRIL 2018]