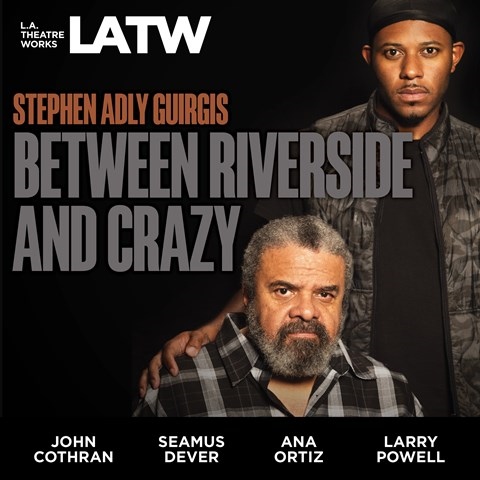 BETWEEN RIVERSIDE AND CRAZY

Bringing together such hot-button contemporary issues as racial profiling, domestic violence, and alcoholism, film and voice talents John Cothran, Jr., and Ana Ortiz lead a fine ensemble cast in this L.A. Theatre Works production, recorded live at UCLA's James Bridges Theater. Still living in his Upper West Side rent-controlled apartment, retired NYPD cop Pops is basically running a rooming house for his son, an ex-felon; the son's on-again-off-again girlfriend; and a couple of other people he hardly knows. But when the police department's lawyers show up, things are about to change. The dialogue is sharp, poignant, and often cuttingly funny. There is a special feel to hearing live theater, and this audio version of this 2015 Pulitzer Prize winner is a treat. B.P. © AudioFile 2018, Portland, Maine [Published: MAY 2018]