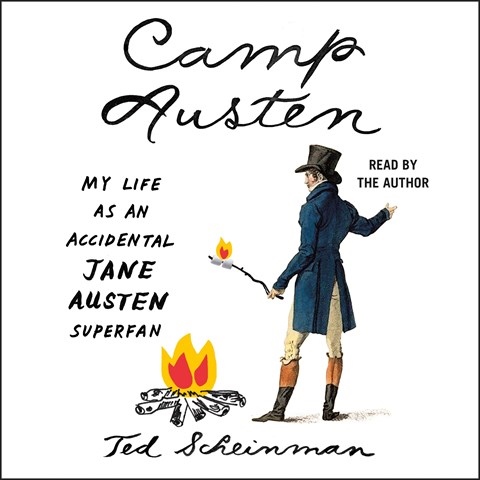 CAMP AUSTEN My Life as an Accidental Jane Austen Superfan

Humor and tenderness abound as author and narrator Ted Scheinman recollects how he became a Jane Austen superfan. An avid and eclectic reader and the son of a devoted Jane Austen academic, Scheinman was immersed in literature and the world of Jane Austen at an early age. In graduate school he founded a Jane Austen Summer Camp, which gave him a glimpse of the secret society of Janeites. As narrator, Scheinman's range of English accents highlights the language of the Regency period and adds to the amusingly anachronistic elements of the interactions between the period actors and the visitors at various Austen events. Details about these conferences and reenactments are recounted with a fondness and delight that make Scheinman's observations enticing to Austen and non-Austen fans alike. M.F. © AudioFile 2018, Portland, Maine [Published: AUGUST 2018]