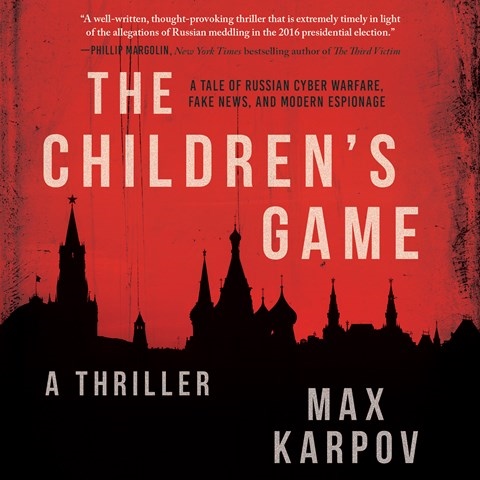 This superb audiobook focuses on the efforts of Andrei Turov, a Russian who masterminds a plot to undermine democracy by faking the death of Vladimir Putin at the hands of American operatives. The plot appears to be succeeding until former CIA officer Chris Niles, who has a longstanding relationship with Turov, begins to put the pieces together. Todd McLaren's narration complements Karpov's well-defined characters and intricate dialogue. McLaren mixes accents, inflection, and intensity to provide unique personas for each character, particularly Turov and Niles, whose relationship comes to a memorable conclusion. Featuring cyberwarfare, fake news, and a thoroughly plausible scenario, Karpov's debut novel features a message about the need for increased cyber-vigilance by the U.S. D.J.S. Winner of AudioFile Earphone Award © AudioFile 2018, Portland, Maine [Published: AUGUST 2018]