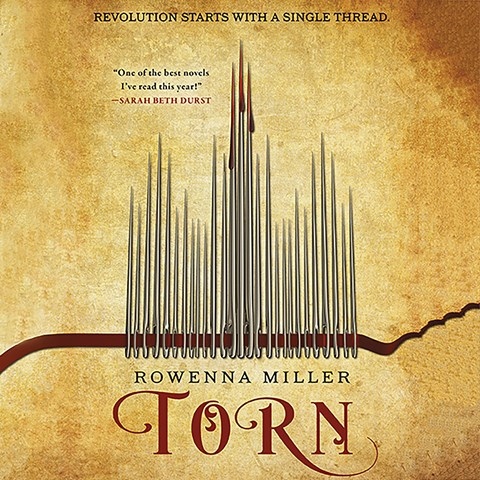 Moira Quirk's spellbinding narration gives this sparkling debut the perfect blend of excitement and charm. Trouble is brewing in Galitha City, where pampered nobles are pitted against working-class revolutionaries. Sophie, a magical seamstress who weaves charms into her creations, has made a name for herself in the highest echelons of society. She delights in her success but finds that her new status puts her at odds with her brother, a budding revolutionary. Quirk channels Sophie's love for her brother and her pleasure at her own accomplishments. Delivering outstanding characterizations, Quirk evokes the fussiness of upper-crust ladies and the hotheaded bluster of young revolutionaries. Quirk's flawless pacing will leave listeners breathless with anticipation as the city's simmering unrest erupts into violence. S.A.H. © AudioFile 2018, Portland, Maine [Published: APRIL 2018]