Home»Reviews»THE ASTONISHING COLOR OF AFTER 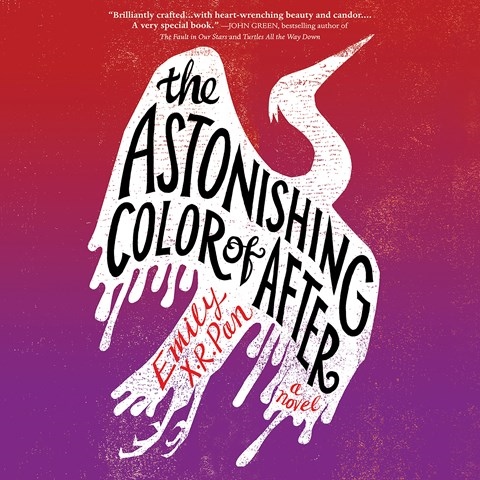 THE ASTONISHING COLOR OF AFTER

Pan's sweeping tale of magic, grief, family, and freshman year follows Leigh Chen Sanders to Taiwan in the aftermath of her mother's suicide. Narrator Stephanie Hsu gives color to the vivid palette Leigh uses to describe senses and emotions. As Leigh bonds with the grandparents she was never allowed to know, she searches for the red bird she believes her mother became. Hsu finds a balance of wonder and anguish as Leigh explores her family's past through increasingly mystical experiences. Her mother's struggle with depression is shown realistically in widening spirals full of numbed emotions and chilling thoughts. Leigh and her friends have just the right touches of youthful snark and flattened tones, while Taiwan is full of bright bursts of Mandarin. S.T.C. © AudioFile 2018, Portland, Maine [Published: MAY 2018]