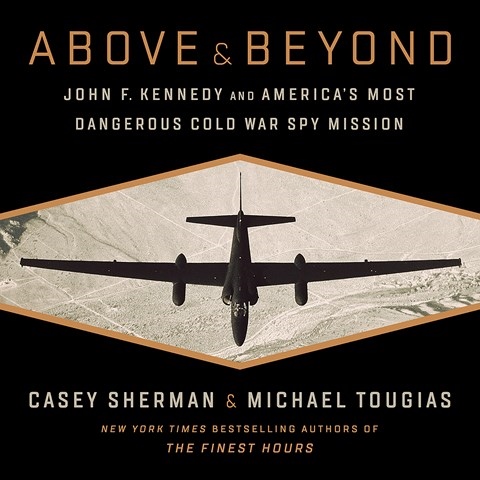 ABOVE AND BEYOND John F. Kennedy and America's Most Dangerous Cold War Spy Mission

Narrator Maxwell Hamilton brings a youthful energy and tone to this far-reaching history of the ultra-secret 1950s-60s C.I.A. U-2 spy plane program. The story takes the listener from its early testing in Nevada's Area 51 to the Soviet capture of U-2 pilot Gary Powers and the 13 days of the Cuban Missile Crisis in October 1962. Hamilton's voice tenses with apprehension and then hope as President John F. Kennedy and Soviet Premier Nikita Khrushchev square off against their own advisers and generals to pull the world away from an unthinkable nuclear disaster. A small quibble with this production is that a few common nautical and military terms are mispronounced. Still, this is a clear and thorough examine of a pivotal time in American history. B.P. © AudioFile 2018, Portland, Maine [Published: JULY 2018]