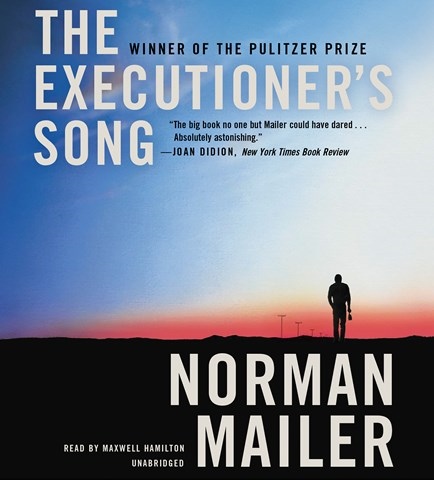 Norman Mailer's Pulitzer Prize-winning work of journalistic fiction, centered on convicted killer Gary Gilmore, boasts a terrific narration by Maxwell Hamilton. After Gilmore was tried and convicted of the cold- blooded murder of two men, he insisted that he be executed for the crime. However, the state of Utah and the anti-death-penalty ACLU fought to keep him alive, frustrating his wishes. Hamilton embodies Gilmore from his small-time crook mentality to his self-aggrandizement, from his alcoholic rages to his complete indifference to other people's feelings. Hamilton is spot-on as he delivers Mailer's well-drawn sketches of the people in Gilmore's life--his family and friends--and their hardscrabble existence, capturing Utah's rigid moral code and scofflaw Gilmore's low regard for its restrictions. A remarkable tale and narration. S.J.H. Winner of AudioFile Earphones Award © AudioFile 2018, Portland, Maine [Published: JUNE 2018]