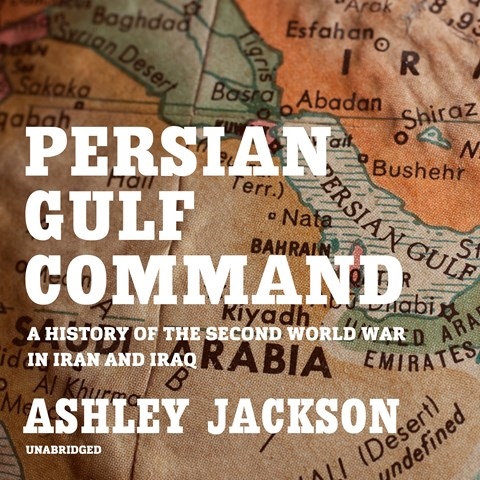 Narrator Steven Crossley's clear voice and impeccable enunciation are a most suitable match to Jackson's well-written account of the Second World War in Iraq and Iran. Since World War II was, after all, worldwide, many so-called side-show theaters, such the Middle East, received little, if any, notice. Jackson's long and well-written account details what happened in this area from 1941-45 and goes briefly into the postwar period. Crossley really is the consummate professional in general, and with this work in particular. His accent, inflection, enunciation, and overall expression are virtually flawless. He makes it all seem so easy and makes it a joy to listen to this long work. M.T.F. © AudioFile 2018, Portland, Maine [Published: OCTOBER 2018]