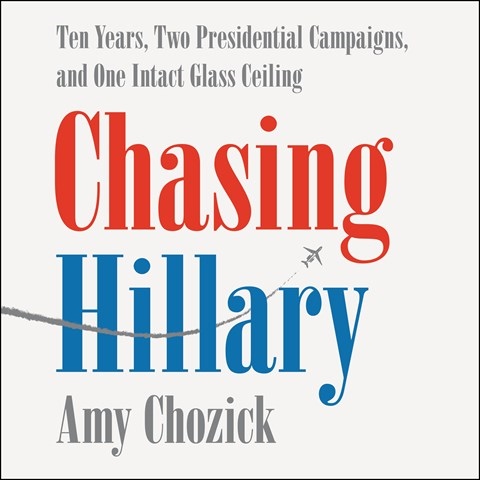 While the election of 2016 may be the third rail of conversation in many an American household, Amy Chozick's thoughtful and surprisingly tender memoir offers a new lens through which to view Hillary Clinton's failed presidential campaign. Chozick's capable performance lends credibility and emotional weight to the critical examination she undertakes toward both Clinton and her organization, as well as the media that covered her, herself included. More than a partisan exploration, this is Chozick's coming-of-age story as a journalist in which she confronts the ongoing conflict that arises between chasing the elusive byline and championing complexity in storytelling, and the consequences that result either way. Thanks to her assured narration, Chozick's personal and professional revelations are all the more provocative and instructive for politically minded listeners. A.S. © AudioFile 2018, Portland, Maine [Published: MAY 2018]