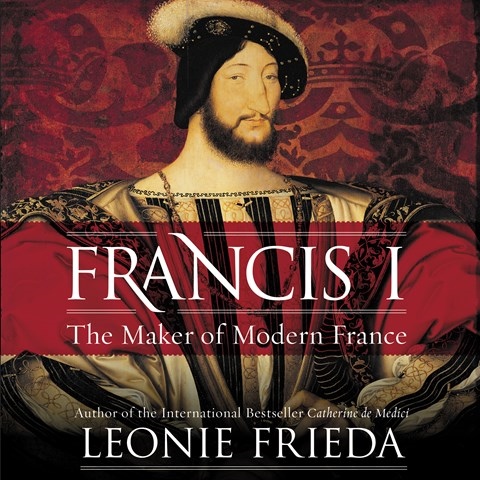 FRANCIS I The Maker of Modern France

Most Americans are not so familiar with French history; if they know Francis I at all, it's as the patron of Leonardo da Vinci. But this audiobook shows how he deliberately moved France into the Renaissance, setting it on the road to modernity. In an era of great leaders--his contemporaries were Henry VIII of England and Charles V of the Holy Roman Empire--Francis held his own. Historian Leonie Frieda does not conceal his flaws, but narrator Carole Boyd evokes compassion for the struggles even autocrats must face. She keeps the story lively and active, even though we know, for example, that Francis and his sons will, eventually, be released from imprisonment. D.M.H. © AudioFile 2018, Portland, Maine [Published: MAY 2018]