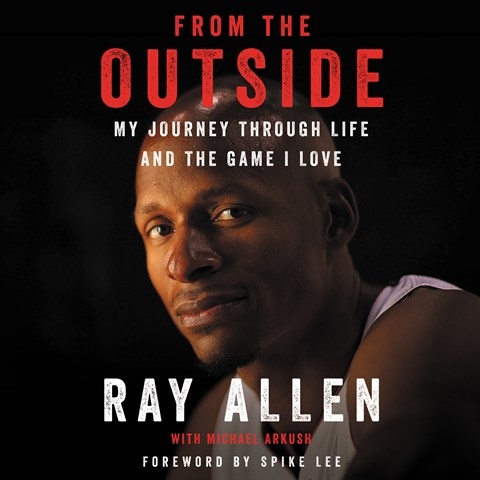 The veteran NBA sharpshooter Ray Allen tells his story of growing up, choosing a college, and making it to the NBA with several teams. Narrator JD Jackson's deep voice stays steady and calm. He doesn't imitate anyone, but, occasionally, when describing a frustrating moment or conversation, his voice rises or drops appropriately. Allen's vantage as an 18-year veteran in the league is an interesting one for basketball fans since he played for many different coaches with varied personalities. He briefly discusses his role in the 1998 Spike Lee film HE GOT GAME. Through his consistent narration and sensitive intonation, Jackson helps fans soak up Allen's life on and off the court. M.B. © AudioFile 2018, Portland, Maine [Published: MAY 2018]