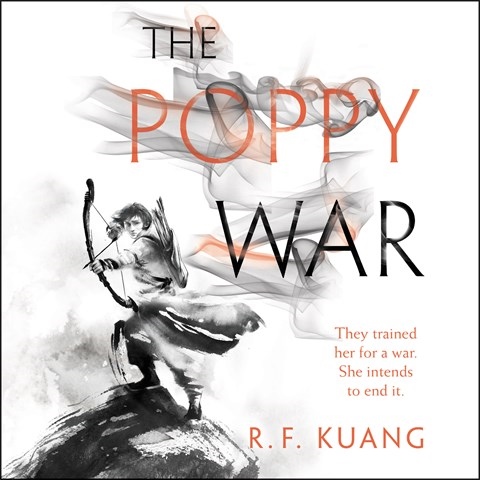 Emily Woo Zeller expertly narrates a coming-of-age story that develops into a brutal war saga. Rin, a war orphan from a backwater province, did the impossible by testing into an elite military academy. But when war with a neighboring kingdom breaks out, Rin must make terrible choices in order to survive. Zeller brings skilled nuance to the multiple facets of Rin, shifting subtly from a young woman determined to escape an unwanted marriage to a brilliant student scorned by her snobbish classmates and to a desperate soldier fighting to stay alive. The supporting cast of students, masters, generals, and gods is similarly well portrayed, growing steadily more weary and hopeless as the brutal fighting rages on. The story may be dark, but Zeller’s voice shines. K.M.P. Winner of AudioFile Earphones Award, 2018 Best Audiobook © AudioFile 2018, Portland, Maine [Published: MAY 2018]