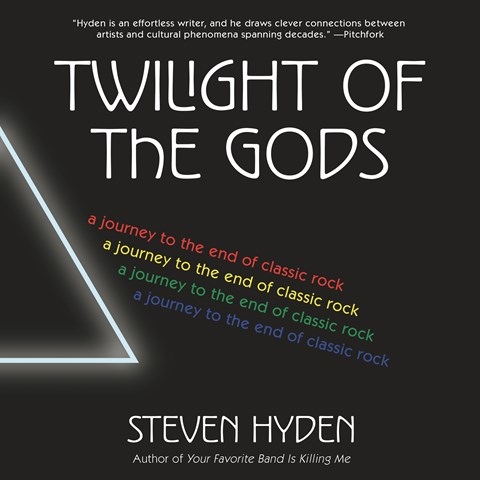 At 40, author Steven Hyden is a bit young to be nostalgic about classic rock, a genre he argues was launched with the Sgt. Pepper album in 1967 and ended at the turn of the millennium. And narrator Patrick Lawlor sounds a little, well, square for this celebration of the music of that era. The combination works well enough in this entertaining reflection on the giants of rock and roll and how they have stood (or failed) the test of time. Hyden is opinionated but open-minded, a tone that is reflected well by Lawlor. But the narration lacks grit and has the feel of going to a rock show with your dad, who doesn't quite get what the fuss is about. D.B. © AudioFile 2018, Portland, Maine [Published: AUGUST 2018]