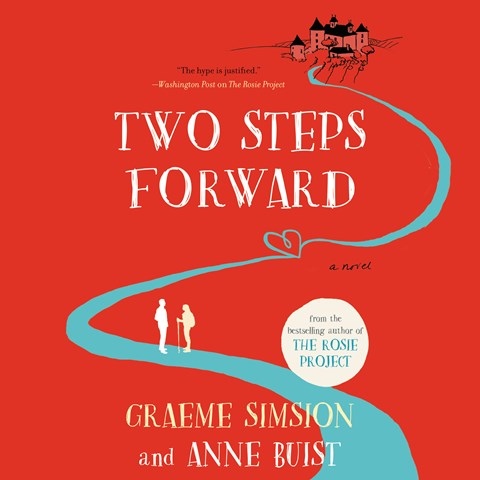 Narrators Penelope Rawlins and Simon Slater alternate chapters in telling the story of Zoe and Martin, who walk the Chemin, a.k.a, the Camino de Santiago. Zoe, a recently widowed California artist, and Martin, a just divorced British engineer, meet in Cluny as each begins the century-old pilgrimage. Rawlins uses light tones to portray Zoe, who struggles to rediscover herself as she walks. The brighter timbre of Rawlins's voice contrasts with Slater's crisp British accent for Martin. Both narrators deftly switch to Dutch, German, Brazilian, French, and Spanish accents as Zoe and Martin encounter a variety of people. As their characters traverse the 1,200 miles, Rawlins and Slater--never exhausted, footsore, or disheartened--imbue their performances with hope, laughter, and love. M.B.K. © AudioFile 2018, Portland, Maine [Published: AUGUST 2018]