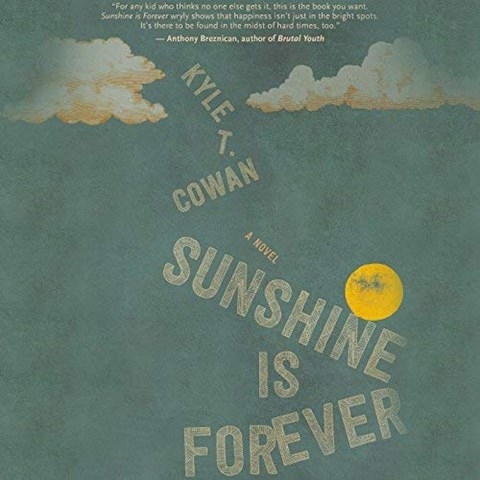 Cowan's realistic, ultimately hopeful story of teenage mental illness is brought to life by narrator Kirby Heyborne. As the voice of 16-year-old Hunter, a camper at Camp Sunshine, Heyborne expresses pain, desperation, and self-loathing. Expertly letting us into Hunter's head, Heyborne interweaves descriptions of life at camp with an account of the events that got Hunter there. Heyborne gives secondary characters well-defined voices also, especially those of Jim, a security guard whose voice is a harsh weapon used to intimidate and belittle; Kirk, a counselor whose personal history fills his voice with compassion and empathy; and Corin, a friend who is strong but damaged. The story paints a harsh picture enlivened by dark humor and hopeful glimmers of humanity. N.E.M. Winner of AudioFile Earphones Award © AudioFile 2018, Portland, Maine [Published: JULY 2018]