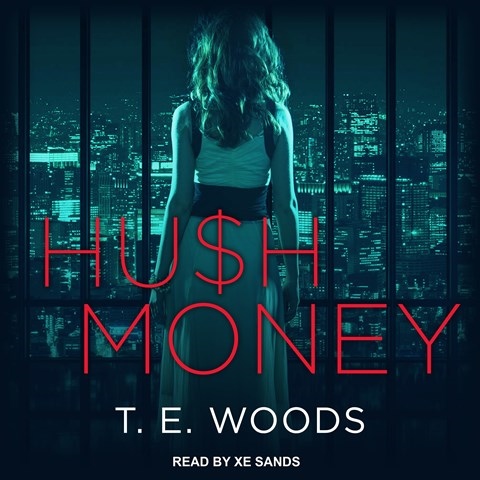 As this new series by author T.E. Woods begins, Sydney Richardson has just opened an upscale restaurant named Hush Money and a bar next door that caters to the police. Narrator Xe Sands portrays Sydney as a strong but conflicted woman. Soon, she finds herself defending and supporting a young woman called Windy (Wanda), who works at the restaurant and has been accused of murdering the mayor of Madison, Wisconsin, who it turns out could be a poster boy for today's #metoo perpetrators. While Sands differentiates the male and the female characters well, she sometimes employs a distracting overly sweet tone. Overall, though, the audiobook is an enjoyable introduction to this new set of characters. E.Q. © AudioFile 2018, Portland, Maine [Published: MAY 2018]