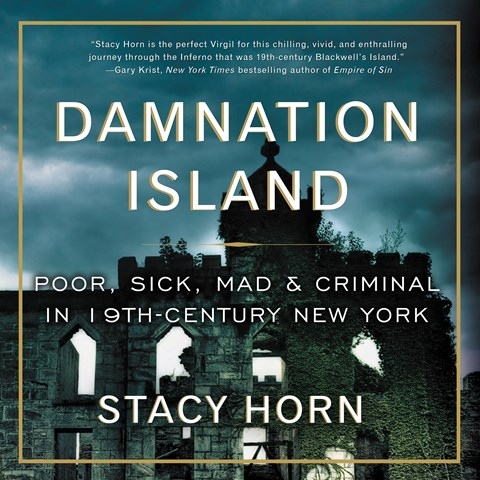 Narrator Pam Ward couldn't have provided more contrast between her delivery and this audiobook's title. Her sprightly, exuberant style shines a bright vocal light on what is otherwise a dark, troubling story. Ostensibly the story of the asylum on Roosevelt Island, then called Blackwell's Island, in New York's East River, it's really a tale of what nineteenth-century society did with its people who suffered from cognitive and physical disabilities--people who were considered expendable. Ward is easy to understand but at times sounds like she's giving a rousing reform speech rather than interpreting the book. Nonetheless, she does a good job using her voice to convey emotion, varying her narration from a high pitch all the way down to a low growl to denote the wretched conditions being described. R.I.G. © AudioFile 2018, Portland, Maine [Published: AUGUST 2018]