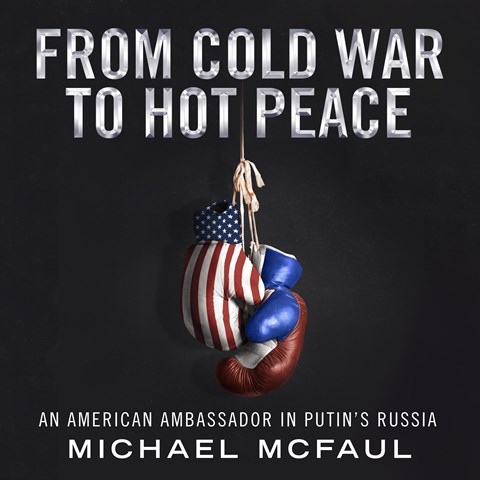 LJ Ganser delivers an easygoing conversational style in narrating these memoirs of the former U.S. Ambassador to Russia. McFaul recounts his journey from his high school days through his undergraduate and graduate studies and NGO work in Russia and, finally, his tenure as United States Ambassador to Russia. Deeply involved in politics, McFaul was both an observer and a participant in a number of major events in the decline and fall of the Soviet Union and the rise of post-Soviet Russia. Ganser's pacing, enunciation, and inflection match the text well and make this an enjoyable experience for those interested in one person's experience of contemporary Russia. M.T.F. © AudioFile 2018, Portland, Maine [Published: DECEMBER 2018]