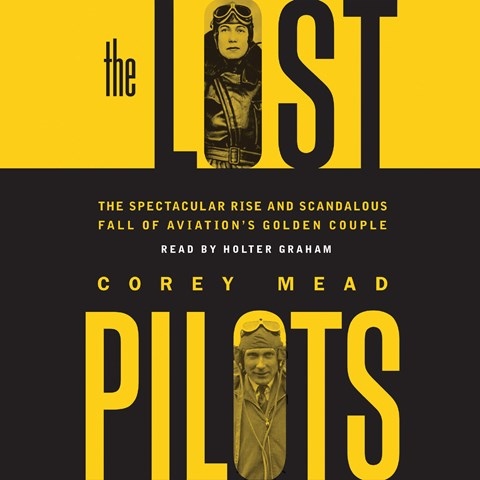 Holter Graham narrates the exploits of two early pilots, RAF Captain William Lancaster and Australian Jessie Miller. These daring aviators flew from London to Melbourne, breaking records along the way. Before and during the Depression, Lancaster and Miller fly back and forth across North America utilizing their aerial skills. As their passion for one another grows, their fortunes fail, and their careers founder, Lancaster is accused of murdering their housemate, Haden Clarke, hired as a ghostwriter for Jessie's memoir. Graham adopts an overly dramatic delivery style as he recounts the adventures of Lancaster and Miller. While softening his voice to portray Miller, Graham reads the narrative and the men's dialogue with little differentiation. On the plus side, he enunciates clearly and adds emotion to this real-life drama. M.B.K. © AudioFile 2018, Portland, Maine [Published: JULY 2018]