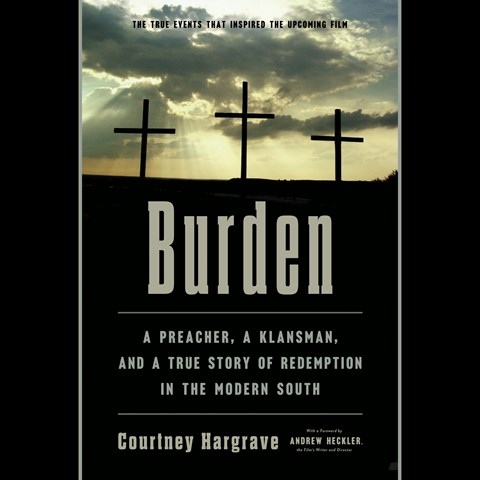 BURDEN A Preacher, a Klansman, and a True Story of Redemption in the Modern South

This extraordinary true story narrated by silky-smooth voiced Dion Graham follows the conversion of a former Ku Klux Klansman from an overt racist to a friend by a brave African-American preacher in the segregated South. Graham shines as he portrays Michael Burden with a hint of sadness and anger in his voice. Reverend David Kennedy, as depicted by Graham, shows the grace and faith of a believer who confronts hatred and overcomes it with love. Graham slows his pace to grip the listener emotionally while taking a warm and loving tone as the man of faith ministers to his fractured community and to a lost and broken man. R.O. © AudioFile 2018, Portland, Maine [Published: SEPTEMBER 2018]