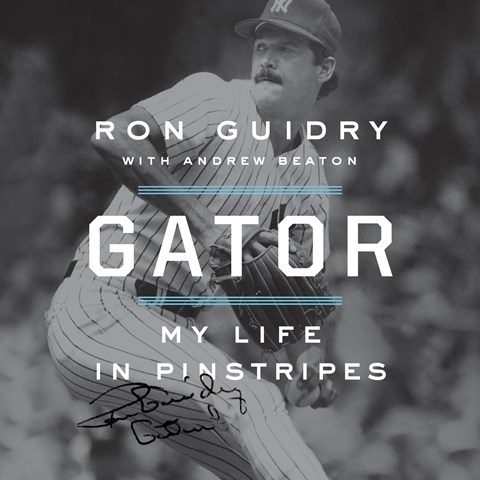 GATOR My Life in Pinstripes

New York Yankees pitcher Ron "Gator" Guidry reads his own memoir of his career in the 1970s and 1980s. This audiobook would have been much better off with a professional narrator. Even the production value sounds sub-par, as if Guidry were, quite literally, phoning in his narration. There are hints of delight and passion in Guidry's voice as he recounts the Yankees' glory days, but he shows little knack for polished storytelling, sounding more like he's reading to entertain himself rather than to an audience. Still, die-hard baseball fans will surely be interested in Guidry's stories of mercurial manager Billy Martin, catcher Thurman Munson, who tragically died in a 1979 plane crash, the indomitable George Steinbrenner, and more. A.T.N. © AudioFile 2018, Portland, Maine [Published: APRIL 2018]