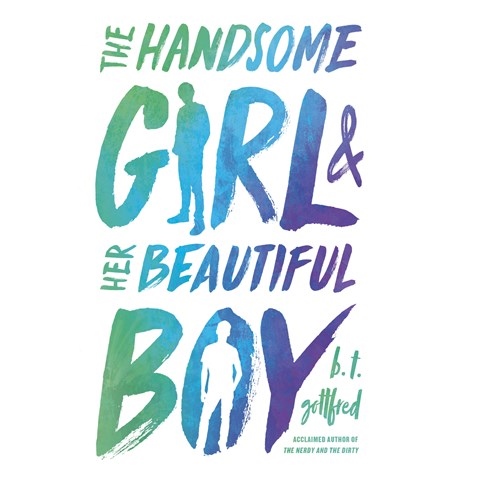 THE HANDSOME GIRL AND HER BEAUTIFUL BOY

In alternating points of view, Zee and Art brandish big personalities in a novel that shatters barriers between friendship and romance, gender presentation and sexual orientation. Narrator Alex McKenna's raspy, moody performance communicates that Zee is more than an average tomboy. Narrator Maxwell Glick portrays Art with a predilection for drama that will annoy some listeners, while charming others. The story is followed by an author's note in which Zee and Art join author B.T. Gottfred for acknowledgements and an exploration of Gottfred's belief in the concept that "The Future Is Female." Finally, in character, Zee and Art describe their "Zert Scale," a Kinsey Scale-inspired exploration of human attraction that they craft in the story. S.P. © AudioFile 2018, Portland, Maine [Published: AUGUST 2018]