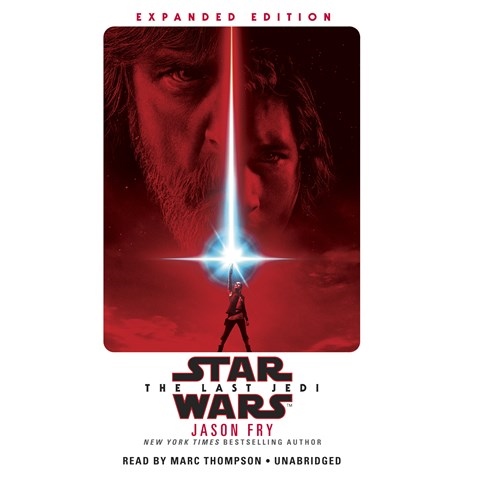 After THE FORCE AWAKENS revitalized Star Wars and launched a new film trilogy, THE LAST JEDI arrived as the thoughtful, challenging second chapter. The novelization, and the audiobook in particular, further enriches the story. Top-notch production values, ambient sound effects, and the iconic orchestral music immediately immerse the listener in a galaxy far, far away. And Marc Thompson holds nothing back in his spirited narration. Amid the thrilling space battles, Thompson dials up the humor, emotion, and drama while expertly portraying the film's indelible characters. A curious exception is Finn, the stormtrooper turned rebel fighter, whose voice does not match his defiant personality. Overall, though, this production expands on the film and delivers hour after hour of delightful listening. A.T.N. © AudioFile 2018, Portland, Maine [Published: JUNE 2018]