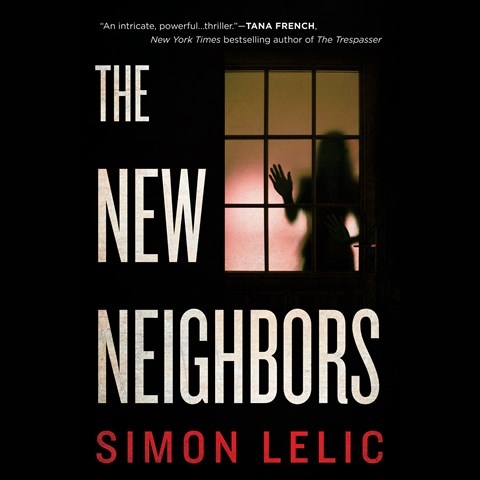 With their appealing British accents, narrators Adam Newington and Gemma Whelan convincingly portray young marrieds Jack and Sydney. In the beginning of Lelic's clever psychological thriller, the couple are almost giddy about finding a home they can afford in London. But their outlook turns darker as the eeriness of the house and the neighbors triggers a downturn of events that culminates with a corpse in their back alley. Lelic lets the mystery evolve slowly as Jack and Syd take turns writing sections of a report to the police to explain their innocence in the murder. Both narrators skillfully adjust pacing and intensity as suspicions threaten the couple's safety and marriage. This is a well-written, masterfully presented thriller with broad appeal. M.O.B. © AudioFile 2018, Portland, Maine [Published: JUNE 2018]