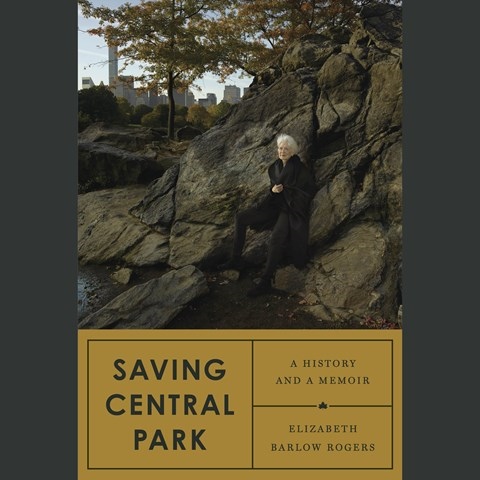 SAVING CENTRAL PARK A History and a Memoir

Elizabeth Barlow Rogers has devoted much of her adult life to restoring and preserving New York City's Central Park according to designer Frederick Olmstead's vision. Narrator Erin Bennett's rich voice is clear and expressive, with a lively pacing that maintains the listener's attention even when Rogers goes deep into the weeds of the history of Central Park. Rogers charms rich benefactors, soothes politicians, and travels to parks around the world, including a serene moss garden in Japan. Bennett seamlessly adopts a slightly softer tone when Rogers includes a smattering of details of her personal life--growing up in Texas, attending college in the Northeast, earning a master's degree in city planning while her husband was studying law, and moving to New York City. A.B. © AudioFile 2018, Portland, Maine [Published: AUGUST 2018]