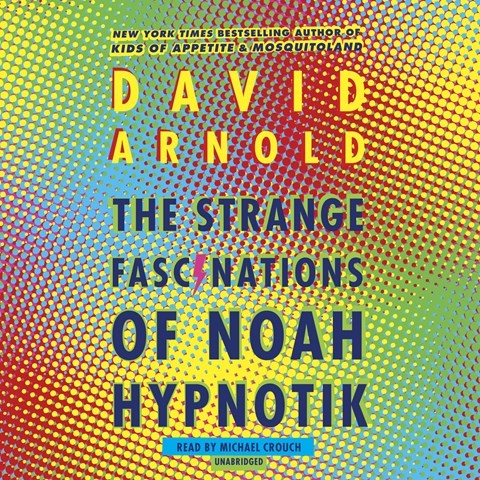 THE STRANGE FASCINATIONS OF NOAH HYPNOTIK

Boom! That's the sound of your mind exploding when you listen to this audiobook. Despite his obsessive fascinations, quirky Noah is beloved by his best friends, Val and Alan, and his sister, Penny. Narrator Michael Crouch moves from Noah's mellow, thoughtful musings to a louder, assertive voice on the fateful night that Noah gets drunk and is hypnotized--the night that everything changes. With Crouch as guide, listeners inhabit the mind and moods of this introspective teen as he recounts his surreal experiences in tones of disbelief, panic, humor, and resolve. Equally well done are Alan--upbeat, funny, and gay (literally and figuratively); Val--iconoclastic, dry, and insightful; and the lovable Penny--who has quirks and an obsession of her own. L.T. Winner of AudioFile Earphones Award © AudioFile 2018, Portland, Maine [Published: JUNE 2018]