Home»Reviews»DEATH COMES IN THROUGH THE KITCHEN 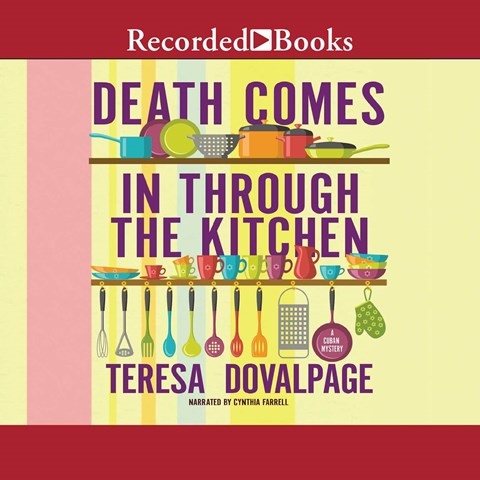 DEATH COMES IN THROUGH THE KITCHEN

Narrator Cynthia Farrell gives a strong portrayal of an American visiting Cuba during its Black Spring of 2003. When Matt arrives in Havana to marry his Cuban girlfriend, he discovers her murdered, a situation that leads to an investigation that uncovers her second life. Farrell effectively channels the many different people who recount their stories of Yarmila, giving them unique voices and accents that indicate their educational levels and classes. Farrell's own American accent highlights the level of skill she demonstrates as she voices both the old and young who talk about Yarmila. She also does an excellent job of adding liveliness to Yarmila's blog entries, interspersed throughout, which are full of her joyful approach to cooking, family, and life. This truly is an excellent performance. V.M.G. Winner of AudioFile Earphones Award © AudioFile 2018, Portland, Maine [Published: JULY 2018]