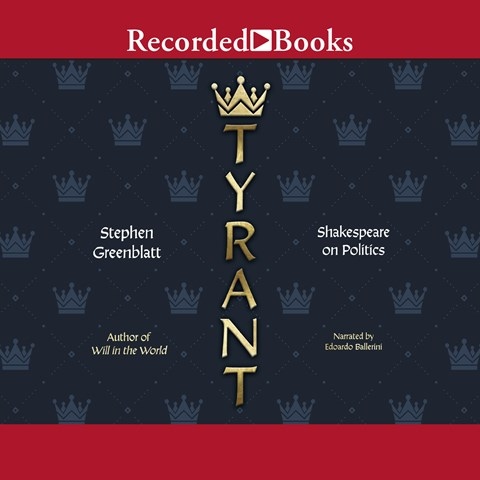 Stephen Greenblatt is not only a Shakespeare scholar who teaches at Harvard but also a key figure among literary theorists who view fiction in its historical context. But when narrator Edoardo Ballerini opens this audiobook by asking, "How is it possible for a whole country to fall into the hands of a tyrant?", it's clear the subject is not Elizabethan England. Greenblatt's analysis of how figures such as Macbeth, Richard III, and King Lear rose to power is a not-so-thinly veiled reflection on the 45th president and his enablers. Ballerini is wonderful to listen to as he deftly handles excerpts from the plays with just the right shift in tone and no attempt to sound like a stage actor. He also subtly delivers the act, scene, and line numbers that follow each passage, though these are obtrusive and should have been left out by the editors. D.B. © AudioFile 2018, Portland, Maine [Published: JULY 2018]