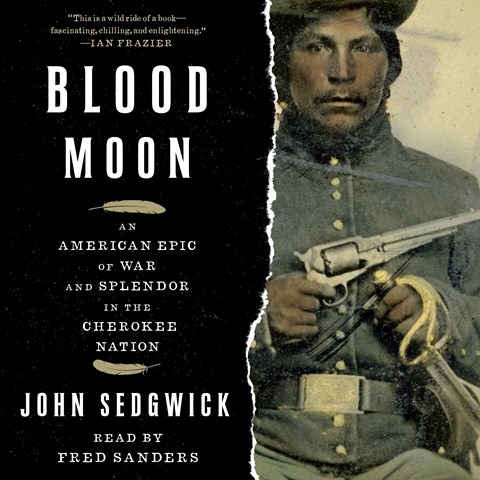 Fred Sanders gives this historical work a solid narration. The history of the Cherokee Nation from the War of Independence through the Civil War is one of upheaval and great struggle. Eventually, the Nation had its own civil war within the tribe at the same time that Unionists and Secessionists tore the U.S. apart in what is now Oklahoma. Focusing on the lives of Major Ridge and his protégé, John Ross, the audiobook reminds us that history is often so much more complex than we realize. Sanders's baritone voice, steady in delivery although somewhat less than robust, is sufficiently expressive. M.T.F. © AudioFile 2018, Portland, Maine [Published: JUNE 2018]