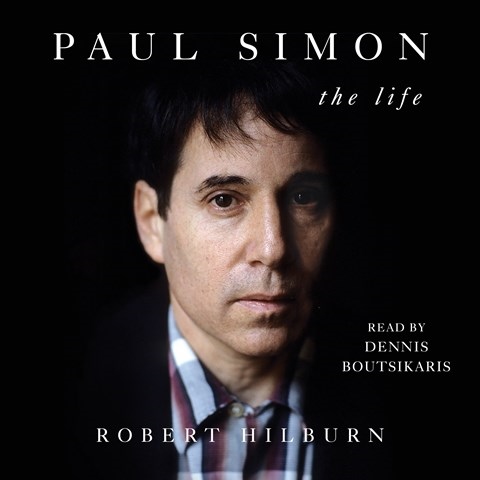 The prolific songwriter and performer Paul Simon has been a part of the American music scene for more than 50 years, adapting his style as the times have changed. He wrote his first song as a teenager in Queens, where he met his on-again-off-again singing partner, Art Garfunkel, though it took several years before their musical careers truly began. Dennis Boutsikaris narrates the life and times of the musician, with in-depth looks at the origins of many of Simon's songs that inspire the listener to pause the audiobook in order to listen to recordings of the music. Using a conversational tone throughout, Boutsikaris delivers the song lyrics as if they were works of poetry, giving listeners a new perspective on them. A.L.S.M. © AudioFile 2018, Portland, Maine [Published: MAY 2018]