Home»Reviews»WE WERE SOLDIERS ONCE... AND YOUNG 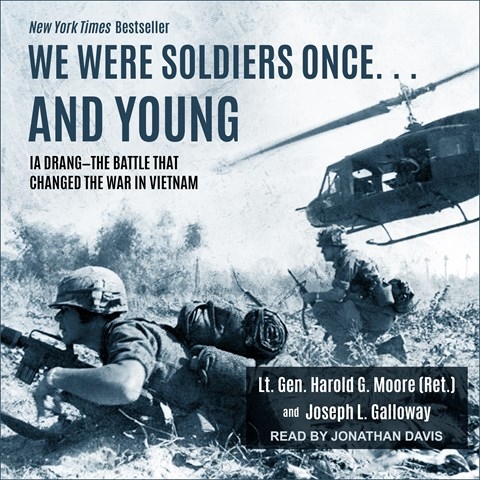 WE WERE SOLDIERS ONCE... AND YOUNG Ia Drang The Battle That Changed the War in Vietnam

Jonathan Davis gives a splendid narration of this war story, which was adapted for the big screen by Mel Gibson. It covers what is considered to be the first battle between United States troops and those of North Vietnam. Then Lieutenant-Colonel Moore, who was commander of the U.S. troops in this battle, and Galloway, who was the only journalist on the ground throughout, provide a vivid and riveting story of the fighting. Davis's baritone is resonant, his pacing deliberate but by no means plodding, and his pronunciation clear and precise. He subtly changes his voice for quotes and keeps the listener's attention for the duration. M.T.F. 2019 Audies Finalist © AudioFile 2019, Portland, Maine [Published: FEBRUARY 2019]