Home»Reviews»WHEN ASIA WAS THE WORLD 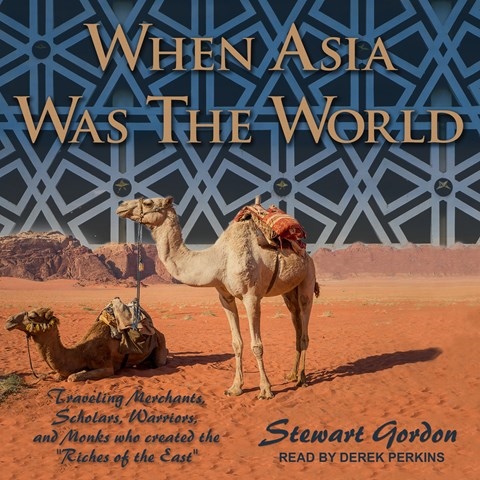 WHEN ASIA WAS THE WORLD Traveling Merchants, Scholars, Warriors, and Monks Who Created the Riches of the East

Narrator Derek Perkins adds British charm to this history, which is based on extant books, manuscripts, and letters from approximately 500 to 1500 CE. While the West was languishing in darkness, Asia was thriving with commerce, scholarship, and a cosmopolitan sensibility. Buddhism and Islam were major influences, the former with strings of monastic centers and traveling monks, the latter with merchants crossing land and sea and carrying widely read philosophical treatises with them, both classical ones and more "modern" efforts such as those of Avicenna (Ibn Sina). It is hard to imagine a better narrator for a book like this--Perkins's voice is at once intimate, friendly, erudite, compelling, and impeccable. Even his pacing sounds thoughtful. D.R.W. © AudioFile 2018, Portland, Maine [Published: AUGUST 2018]