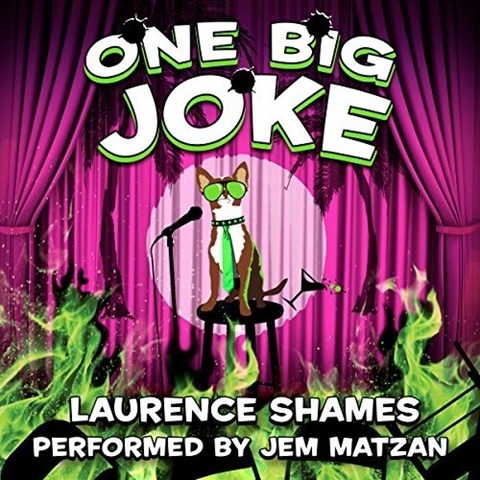 Narrator Jem Matzan gleefully takes listeners along with comedian Larry Sullivan as he leaves his wife and frustrations in New York City and heads to Key West, where his writing partner, Pat Coates, lives. Sullivan's hesitant but endearing personality is captured convincingly by Matzan, along with pleasing descriptions of the setting, as well as appealing food and drink. Most entertaining and well rendered are 90-year-old Bert "the Shirt" (because of his flashy attire) Ambrosia and Nacho, his ever-present Chihuahua. When Sullivan and Coates attract the attention of the Mob, who are out to get another comedian, things escalate, getting even more boisterous. Sound effects convincingly render phone conversations and onstage performances, making listeners feel right in the center of the action. S.G.B. Winner of AudioFile Earphones Award © AudioFile 2018, Portland, Maine [Published: APRIL 2018]