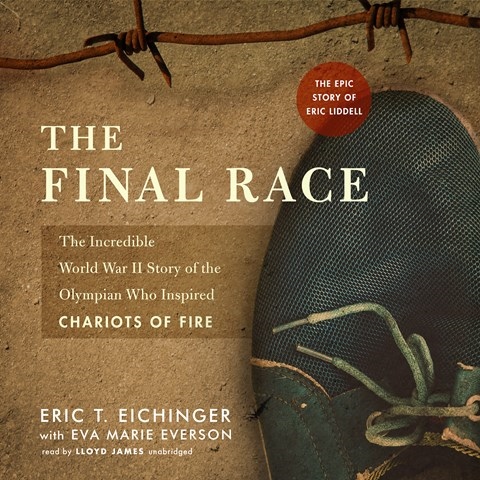 The movie CHARIOTS OF FIRE put Olympic track athlete Eric Liddell's name on the map, but recent books have dug into who the man truly was. His dramatic life was tragic, heroic, and worthy of the genteel manner in which Lloyd James narrates this audiobook. Liddell was a genuinely pious missionary whose life was shaped more by what would happen to him in China during World War II than by the Olympics. James reads with a dramatic overtone steeped in respect and dignity. He remains serious but never boring. Even those who are not overly religious by nature will appreciate how James has shaped this book about a man who lived a truly inspirational life through his selfless actions. M.B. © AudioFile 2018, Portland, Maine [Published: OCTOBER 2018]