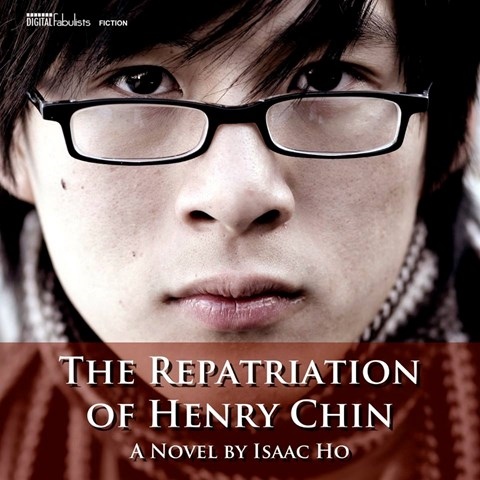 THE REPATRIATION OF HENRY CHIN

As tension between the U.S. and China escalates in this novel, narrator Anthony Lee switches seamlessly between American and Chinese characters, depicting the Asians in a realistic fashion. Lee takes on the persona of Henry Chin, an ex-military man who flees, rather than turn himself and his daughter in, when the American government creates internment camps for people of Chinese descent. Their hair-raising flight to Canada is delivered at a rapid pace, keeping listeners glued to their earphones as danger mounts and ICE agents close in. This is a timely story suggested by real events, given the current immigration debate in the U.S. and the imprisonment of Japanese-Americans during WWII. M.R. © AudioFile 2018, Portland, Maine [Published: MAY 2018]