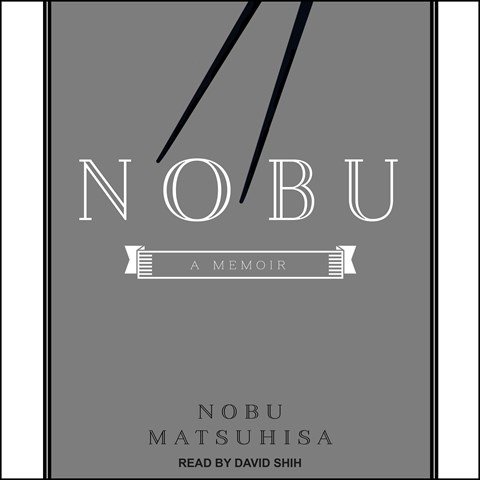 David Shih takes on a nearly impossible task in narrating this memoir by one of the most famous Japanese chefs on the planet. Shih expertly handles Matsuhisa's rise to celebrity and his remarkable influence on the preparation of sushi. But even the most skilled narrator cannot escape the cloying and exaggeratedly self-effacing tone of the author whose first and last names are the eponymous titles of fine dining establishments worldwide. He has had cameos in motion pictures and been in business with Robert De Niro for decades. Perhaps it is the cultural differences or maybe it is simply listening to the glorified "Nobu style," but this audiobook in the end strains the listener's credulity. A.D.M. © AudioFile 2018, Portland, Maine [Published: JUNE 2018]