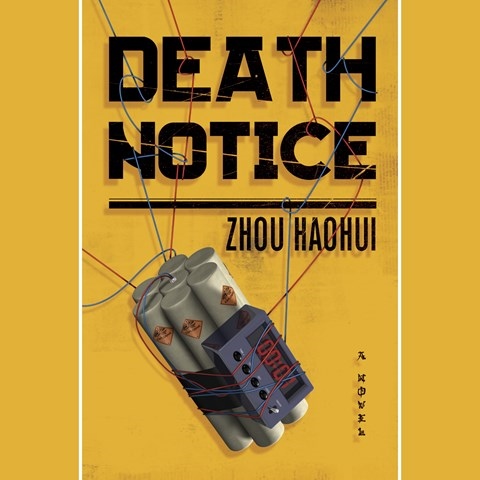 Narrator Joel de la Fuente captures the underbelly of Chinese society in this third installment of a crime series. His performance magnifies the drama and danger present throughout the investigations of Sergeant Zheng Haoming--including his murder and the manhunt for his killer. De la Fuente portrays the various characters, mostly male, using a range of techniques, including a raspy voice for older men. Listeners will appreciate learning more about Chengdu, one of the most populous cities in southern China. We are in the capable hands of a confident narrator who takes us through the twisting streets as well as the turns in the plot. Fans of thrillers will find much to admire in this unusual setting. M.R. © AudioFile 2018, Portland, Maine [Published: JUNE 2018]