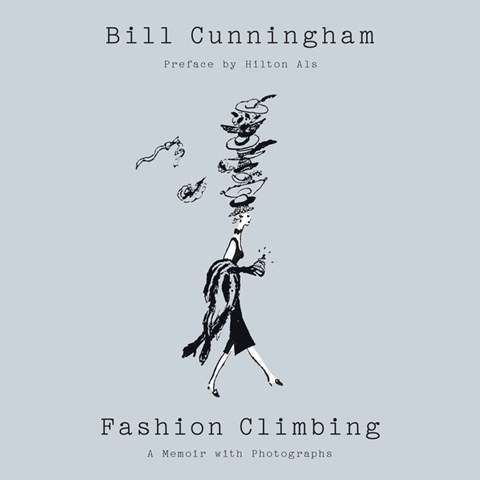 Bill Cunningham was something like a secular monk whose high church was fashion. The joy with which he pursued his devotions is so contagious and charming that not only is this a delightful listen, it is a life lesson in how to celebrate creation. This memoir covers his early career as a milliner long before his career-capping photographic stint as the NEW YORK TIMES' chronicler of haute couture. Arthur Morey's performance brims with Cunningham's enthusiasm, high spirits, and sweetness as he turns setbacks and deprivations into hilarious triumphs, like the time when, shut out of the Fashion Week schedule, he got the whole cast of MY FAIR LADY to attend his midnight hat show, turning it into the SRO event of the week. A pure pleasure. B.G. Winner of AudioFile Earphones Award © AudioFile 2018, Portland, Maine [Published: SEPTEMBER 2018]