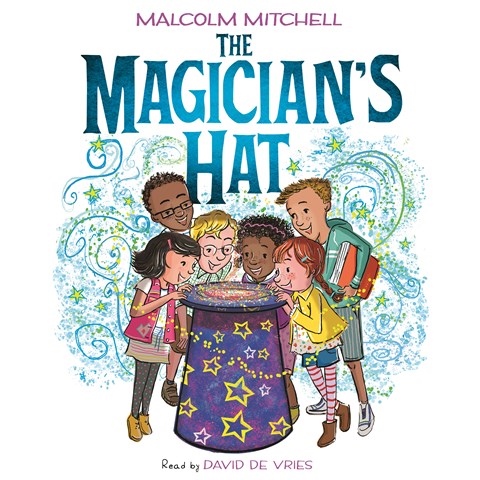 Narrator David de Vries enthusiastically champions Family Fun Day at the library. The special attraction is a magician--full of tricks and an uncanny ability to match young readers with books related to their intended professions. In de Vries's booming voice, full of bravado, the magician invites audience members to reach into his hat. Each member delights in the revealed book. Could this actually happen--a visiting magician know a person's interests? Ryan has his doubts and does his best to prove the magician a fake. With a sassy voice, Ryan's response when asked what he would like to be when he grows up is a real test. But de Vries injects wonder and delight into Ryan's voice when his book is pulled from the magician's hat. Listeners will agree with the notion that books open doors. A.R. © AudioFile 2018, Portland, Maine [Published: JUNE 2018]