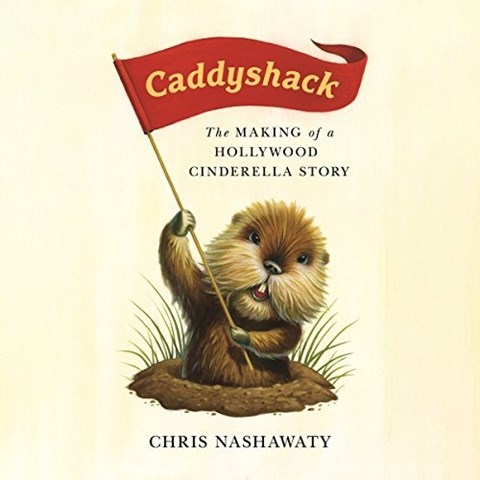 CADDYSHACK The Making of a Hollywood Cinderella Story

Narrator Peter Berkrot has a meta connection to this story of how the classic comedy CADDYSHACK came to be. A young Berkrot is in the movie, most memorably on the business end of a pitchfork during Bill Murray's iconic dalai lama speech: "Do you know what the Lama says? Gunga galunga . . . gunga, gunga-lagunga." This isn't Berkrot's memoir, though, and he narrates from a journalistic point of view, even as he's quoted on the page. The narrative is much broader, beginning in the mid-1960s and tracking how the rise of NATIONAL LAMPOON magazine forever changed the comedy landscape. Berkrot's tone is predominantly restrained and professional, but there are dashes of whimsy. Occasional impressions, especially of Murray and the indelible Rodney Dangerfield, are a fun bonus. A.T.N. © AudioFile 2018, Portland, Maine [Published: MAY 2018]