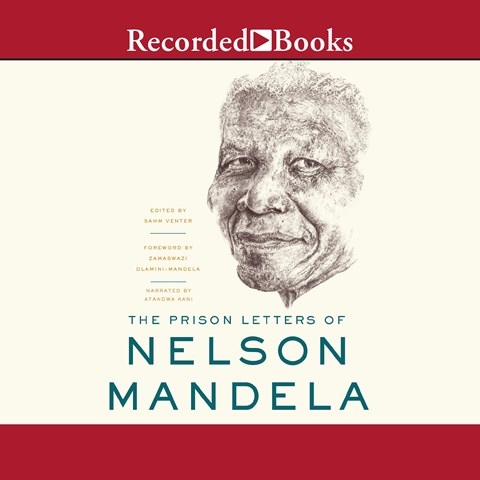 THE PRISON LETTERS OF NELSON MANDELA

Atandwa Kani's portrayal of Nelson Mandela is so engrossing that listeners will be completely absorbed. This audiobook is composed of letters that Mandela wrote while imprisoned for decades for protesting against the government of South Africa and its system of Apartheid. The letters are in chronological order. Many were never delivered and are presented publicly here for the first time. Kani's performance embraces Mandela's moral authority, compassion, and intellect, capturing perfectly how Mandela negotiated time. University books are requested but take years to obtain. Grief over family tragedy, love expressed as his children grow, longing for his wife, and protest over prison rules are all expressed powerfully. Throughout, Kani projects Mandela's voice as a standard of dignity and righteousness. S.P.C. Winner of AudioFile Earphones Award © AudioFile 2018, Portland, Maine [Published: AUGUST 2018]