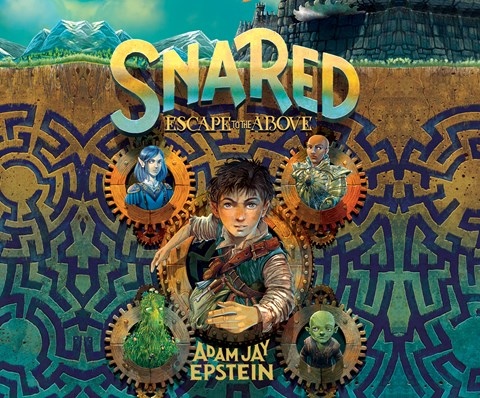 Wily Snare is a trapsmith for the dungeon Carrion Tomb. It is his job to create and maintain traps to keep treasure seekers away from the vault. He also believes that he is a hobgoblet who will melt if his skin is exposed to the sun. However, a fateful encounter with three misfit treasure seekers will change the way he sees himself and the rest of the world above. Nick Mondelli captures Wily's ignorance of the outside world and himself perfectly. His confusion about being a human and about the world above seems genuine since he has only been told lies. Mondelli has a great grasp on the personalities in this story, which makes their interactions interesting hear. A.M. © AudioFile 2018, Portland, Maine [Published: JUNE 2018]